Science Says These Are the Most Beautiful Places in the World - Are They Already on Your Travel List?

Beauty is in the eye of the beholder, they say, but can you rank places that practically every traveler finds beautiful?
One travel company in the U.K. wanted to answer that question, so they brought in some science and technology to help. They presented volunteers with dozens of images of famous natural destinations Eye-tracking software recorded data about which images the volunteers looked at, and for how long. The more longing glances and lingering stares determined which destinations were the most eye-catching.
Of course, the most stunning photo can’t beat the real thing. If you haven’t already, here are what science has determined are the most beautiful natural wonders in the world to add to your bucket list this year.
The good news: a third of the top 15 most eye-catching natural destinations are close to home in North America, including number one. 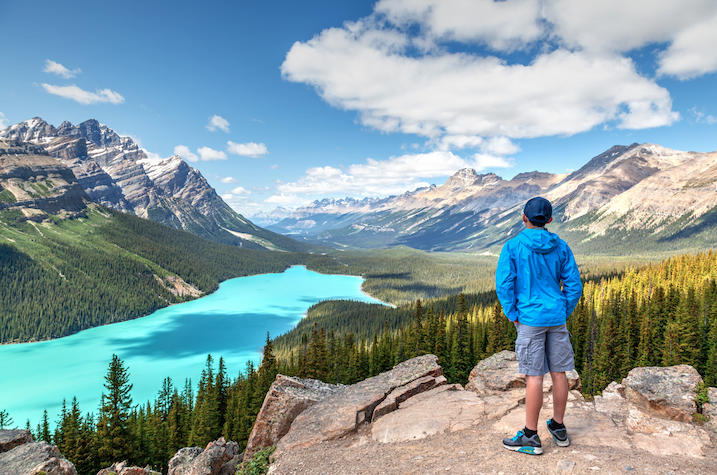 That’s Peyto Lake, in Banff National Park in the Canadian Rockies in Alberta near the Icefields Parkway. The glacier-fed lake’s calling card is its almost surreal turquoise hue – achieved without filters, simply through the effect of glacier water source! Hikers as well as driving visitors can get breathtaking views and photos of the lake, with the money shot coming from a vantage point hundreds of feet above the water.
Water-adjacent sites make up 2nd and 3rd place – although they are on opposite sides of the world. Meeru Island in the tropical paradise of the Maldives, and the 95-mile, fossil- and atmosphere-rich Jurassic Coast in England are ranked 2 and 3 respectively.
The top U.S. result is one of its National Parks, too, and with so many wondrous ones to choose from, would you have guessed Yosemite would be ranked the most beautiful American natural destination and number 4 in the world? The park in the Sierra Nevada mountains in California, three-quarters of a million acres in size, is renowned for its dramatic waterfalls off granite cliffs, giant sequoia trees, thriving wildlife, and winding roads and trails between vista after vista.
Speaking of drama, yes, the Grand Canyon is on the list too, coming perhaps surprisingly in 15th place. 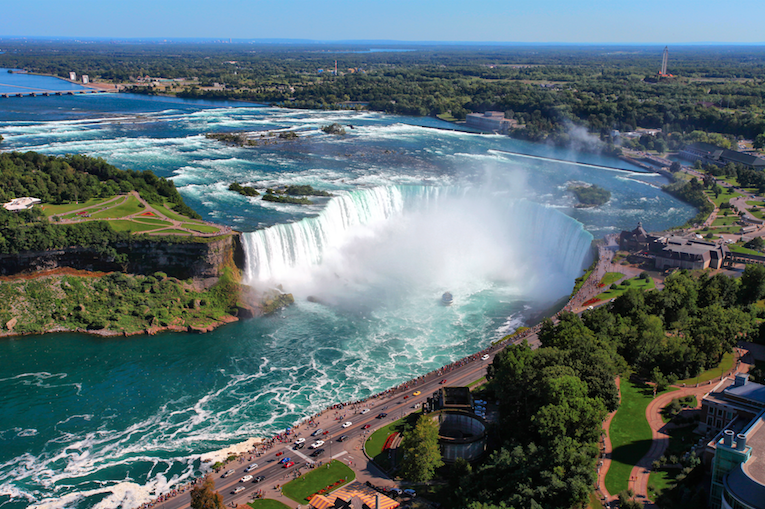 One other mainland North American natural wonder makes the top 15, too. And although Niagara Falls (number 6) is part of an urban setting that grew up around it, the Falls that mark the border between the U.S. and Canada are no doubt a natural wonder. They remain not only one of the top tourist destinations on the continent, with record-breaking volumes of water spilling over its edge, have been harnessed to supply electrical power for the region.
Iguazu Falls, that form the border between Brazil and Argentina and make up the largest waterfall system in the world, come in at number 12, and other water-world wonders that ranked among the most beautiful include another vividly-colored Lake Tekapo, New Zealand at number 5; and its Lake Matheson at number 13; the otherworldly Puerto Princesa Underground River in the Philippines (number 8); and Phang Nga Bay, Thailand at number 14. 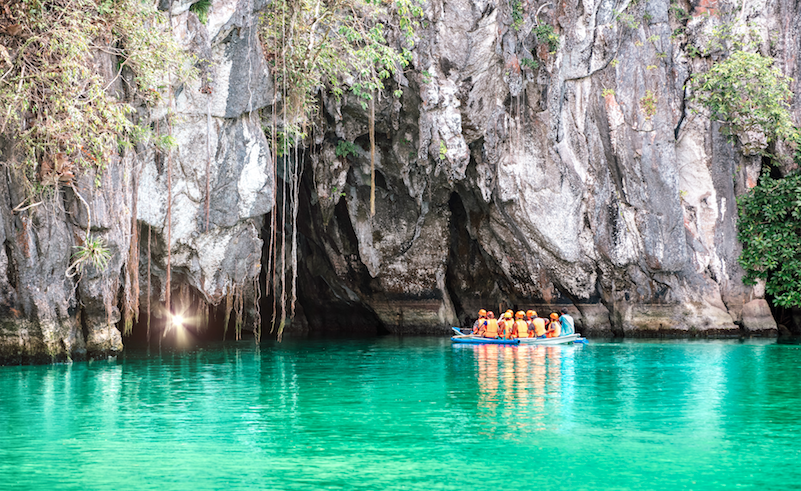 Cave entrance to the Puerto Princesa Underground River
One mountain, Snowden, in Wales, makes the list at number 7, Chile’s Marble Caves come in at 9th place, tropical El Yunque National Forest in Puerto Rico (pictured, top) was ranked the 10th most beautiful place in the world… and one entry, ranked 11th most beautiful, isn’t even earthly. The aurora borealis – Northern Lights – over Iceland round out a list of what science determined are the most beautiful natural wonders in the world… and we can’t argue. 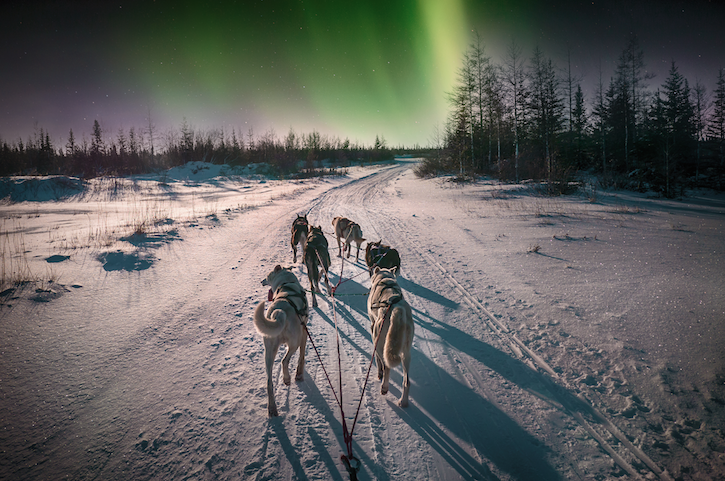 All rights reserved. You are welcome to share this material from this page, but it may not be published, broadcast, rewritten or redistributed.